While there is broad agreement that some form of blend of working from home and the office is here to stay, there are divergent views on how the right balance should be struck.

For example, in a recent announcement Amazon told its teams, “Our plan is to return to an office-centric culture as our baseline.” The global tech giant added, “we believe the move away from working from home enables us to invent, collaborate, and learn together most effectively.”

Twitter’s CEO Jack Dorsey famously disagrees. Last year he told his employees that they “can work from home forever”.

Amazon and Twitter are at two ends of a debate which some commentators are warning could have long-term consequences for companies that get it wrong.

In a recent opinion piece in the Australian Financial Review, Dexus Executive, Kevin George makes the case that in their desire to appear to be accommodating or delivering short-term cost savings, some companies are shifting towards a working-from-home model that could significantly affect their long-term viability.

The primary risk, he argues, is that as we reimagine the workplace, managers are advocating a work-from-home balance that works best for them and their life stage. However, they may not be in the interests of an entire new generation of employees, whose careers would benefit from an office-based culture.

In our own research, we have found that some companies are tipping the scales artificially in favour of working from home because leaders are failing to have meaningful conversations about the value of working in the office with team members who might prefer to work mostly from home.

One HR Director shared with us openly, “We have a ‘three-days-office, two-days-home’ policy. But to be honest, I would rather have us in the office more. I’m just concerned that our leaders don’t know how to have the ‘conversation’. Our concern is that we lost key talent to our competitors.”

We believe this HR Director is right to be concerned. For many leaders, having to confront differing perspectives on an issue creates anxiety. When that subject is working arrangements in the middle of a pandemic, that anxiety can quickly escalate into a ‘fight or flight’ response.

In the ‘fight’ response, a leader becomes overly assertive, intolerant or frustrated. In the ‘flight’ response, leaders avoid the tough conversation altogether – it is simply dropped into the “too hard” bucket. Either way, it leads to an erosion of trust, leaves team members feeling disengaged and creates a ‘flight risk’.

What this tells us is that now, more than ever, senior leaders need to be skilled at having sometimes tough conversations about hybrid working that result in outcomes that are right for the individual and the organisation, all while building engagement, trust, and loyalty.

In this emerging, hybrid environment we have observed three distinct categories of leaders, based on their ability to have meaningful conversations that support both the individual and organisational needs.

In our study of leaders across multiple companies we found that effective hybrid leaders stand out because they are continually building trust with team members through three key attributes:

1. They Provide “Freedom Within a Frame”

They empower staff to make their own decisions within the ‘frame’ of the organisation’s policies and parameters on hybrid working. Those that are responsible for developing hybrid policies create a ‘frame’ of operating that is focused on ‘task’ rather than ‘time’, i.e. they have moved away from defining hybrid working by days in the office (“TWT”, Tuesday, Wednesday, Thursday workers). Instead, they encourage their teams to think about where they add the most value in their role and the task that is coming up. For example:

These leaders hold the view that when the individual wants to optimise their effectiveness, it’s best to let them chart their own course on the map of hybrid working.

Creating a balance of power in decision-making in this way builds trust, empowerment, and conveys professional respect, making it much easier to have ‘course-correction’ conversations when required.

2. They Connect with the Whole Person

Engaged hybrid leaders understand that a conversation about hybrid working is taking place within the context of a global pandemic. Connecting with the whole person means considering how our current shared experience is impacting each person at the physical, emotional and mental level. After all, COVID-19 is an equaliser, but it does not impact people equally.

For example, at the emotional level, regardless of personality, we are a social species. However, each person’s need for socialisation differs. We know how much social connection we need to be in balance. As such, effective hybrid leaders encourage their team members to check in with themselves and ensure they are getting a healthy dose of workplace socialisation. This kind of empathetic leadership is powerful mechanism for building trust and engagement.

3. They Keep their Foot on the Pedal of High Performance

Studies show that demonstrating empathy and care is not enough to drive engagement. Team members want to see that their leaders are creating the conditions for business success.

Effective hybrid leaders understand this principle and make the case for working in the office if they believe it is more likely to drive business results or outcomes.

For example, for new starters, those in new roles, or for new teams coming together, office-based working accelerates (and in some cases, is vital for) the process of forming relationships and learning new systems.

Having created the right conditions for trust, effective hybrid leaders lean into tough conversations that are driven by business imperatives. This may require team members to be office-based to create the right environment of learning, connection and immersion.

We are still in unchartered territory when it comes to leading teams in a hybrid working environment. However, we believe that by developing three key attributes, leaders can build trust and engagement and strike the right balance to make hybrid working work.

Mehul Joshi is a former award-winning BBC journalist and is now a sought-after consultant and executive coach in leadership development and employee engagement, with career spanning three decades and four continents. He is a regular contributor on the subject of leadership for publications such as the Australian Financial Review.

Virginia Mansell  is an Organisational and Clinical Psychologist and founding Partner of SMG. With 35 years’ experience in the HR and professional development sector, she has been at the forefront of the executive coaching and leadership development profession, including working with many Australian blue-chip companies.

Christopher Paterson is Managing Partner at SMG. With a background in business psychology and three decades of experience on the global stage, Christopher specialises in behaviour change on an individual and organisational level.

From an expert panel discussion on talent and retention, we identified three misconceptions about 'The Great Resignation' and strategies to retain your best people. 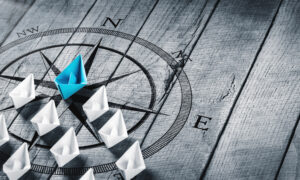 Why Authentic Leadership is so Crucial for Talent Retention

Explore the concept and practice of authentic leadership, and why it has become a central focus for employee engagement. 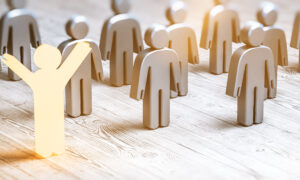 Three Steps To Stay Ahead In The War For Talent

To address the current talent shortage, taking a 360 degree view is key to unveiling, and retaining, the critical talent in your organisation.