The prolonged shift from office-based jobs to working at home has had a profound impact on how people think about their jobs. One of the impacts, already being felt in the US, is the phenomenon of workers quitting their jobs in droves in what is being called “The Great Resignation”. According to recent research, Australian business leaders should also be bracing themselves. Research from Microsoft shows that it’s a worldwide trend, with more than 40 per cent of the global workforce considering leaving their employers this year. In this article, we look at the concept of Authentic Leadership and why it could play a crucial role in engagement and retention.

Why Authentic Leadership is So Crucial for Engagement

There’s no shortage of perspectives on what makes for good leadership – in particular, the kind of leadership that inspires people to stay with an organisation. Ultimately though, it comes down to one question: what are the attributes of an individual that motivates you to be led by them?

That’s the question we recently asked 140 corporate leaders. Their responses are collated in the word cloud below: 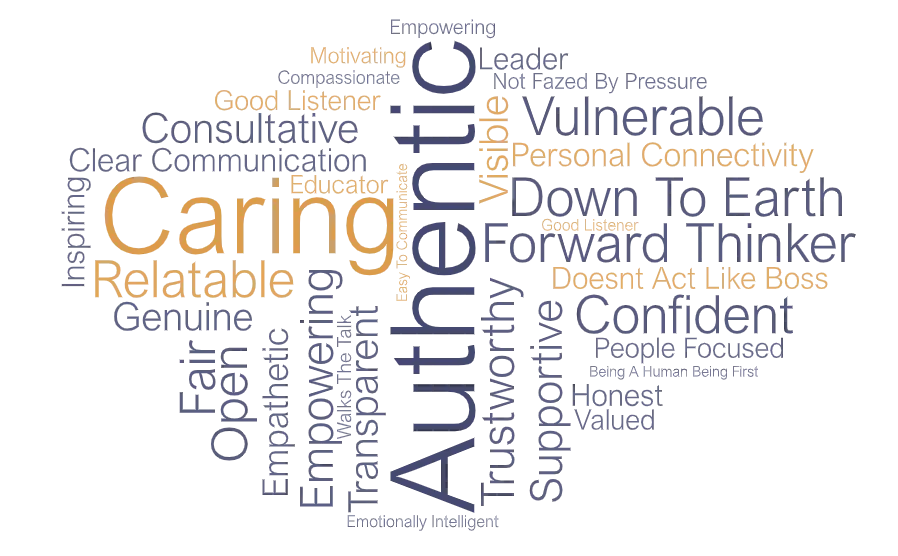 As the image demonstrates, “Authentic” came through as the single most important attribute of leadership for the group. In the group’s definition, being authentic is synonymous with some of the other words that show up in the word cloud: caring, down to the earth, forward thinker, vulnerable, and confident.

What these responses highlight is that the attributes of a motivating leader are not an absolute. They are shaped by context. For example, it is unlikely that authenticity would be the signature attribute for a military leader taking their troops into the heat of battle, or a brain surgeon leading their team into lifesaving microsurgery.

However, authentic leadership is emerging as one of the most important attributes of leadership in the current context of organisational leadership – a global pandemic that has left us physically, emotionally and mentally depleted, and which has had a significant impact on employee engagement.

And that’s precisely why “Authentic” leadership is so crucial right now.

The pandemic has shifted the balance of power from employers and employees. According to organisational psychologist, and SMG’s Founding Partner, Virginia Mansell, the pandemic has created a paradigm shift in their world view: “It has forced employers and employees to renegotiate our contract with work and family. For many people, what we value, who we are as whole human beings and what is most important has become the new priority.”

That’s where the concept of Authentic Leadership comes into play, because its central focus is on leaders engaging with and supporting each of their people.

According to one study in the Leadership and Organization Development Journal, employees’ perception of authentic leadership serves as the strongest predictor of engagement.

For leaders who subscribe to the Authentic Leadership concept, the next step is to develop it as a way of being.

There’s no agreed definition for Authentic Leadership. However, the various streams of study converge on an important trait of authentic leadership: the will and commitment of leaders to constantly work on themselves as leaders.

This idea is neatly summed up by Harvard Business School Professor Nancy Koehn: “Authentic leaders are not trying to be perfect or to somehow spring from the rib of Zeus into an iconic individual, but rather, they say, ‘Day by day and week by week, I’m going to work on myself.’ This commitment – made with oneself – is the most important starting characteristic.”

Put another way, Authentic Leadership is not so much a destination, but more of a continuous process of development. That process can be broken down into three distinct components: 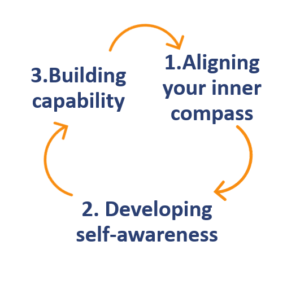 1. Aligning to your inner compass

In the sea of insecurity and ambiguity of a global pandemic, authentic leaders provide a much-needed anchor of certainty. You know what they stand for. That’s because they are guided unfailingly by an inner compass of purpose and values—even when they are under pressure.

Mahatma Gandhi was a great example of a leader who stayed true to his purpose – right to the end. His leadership was guided by values of respect and non-violence. In 1948, India’s most celebrated leader was confronted by a religious fanatic, Nathuram Godse, who fired several bullets into Gandhi’s chest and stomach. With his last breath, Gandhi placed his hands together in the traditional gesture of namaste towards his assassin, symbolically conveying love and respect, before collapsing to the floor.

It’s hard to demonstrate your values as a leader if you don’t know what they are, which means that, as a starting point in the process of authentic leadership, you need to set your bearings. And that means getting clear on your core values – for example, honesty, transparency, passion, excellence, accountability and humility to name just a few.

Leaders tend to judge themselves on their intent. In reality, they are judged by others on their behaviours.

One aspect of self-awareness is shining a light our blind spots – the gap between our intent and how we are being perceived.

Here’s an example of a leadership blind spot. In an earlier study of leadership excellence, my colleagues and I asked 630 senior leaders to rank 16 leadership competencies in order of importance for their role. At the top of the list was the ability to inspire others.

Other highly ranked qualities included the ability to communicate strongly, building relationships, and driving for results.

Then we asked these leaders’ direct reports to rank their bosses according to how effective they were at each of the 16 competencies. In those rankings, the leaders’ ability to inspire others was second from bottom on the list.

In other words, these senior leaders understood the importance of inspiring others but overestimated their ability to do it. It was a significant blind spot.

Building leadership capability is not only about closing blind spots and eliminating weaknesses. It is also about building your signature strengths.

When I was based in New York, I worked briefly with a White House speech writer. He told me that after President Barrack Obama gave a presentation, he would bring together a group of advisers for feedback on what was working and what could be improved.

What seemed to have the biggest impact on how the team perceived their boss was the consistency of the practice and the willingness of such an accomplished speaker to be coached.

This kind of humility is a hallmark of Authentic Leadership because it demonstrates both a vulnerability and an assuredness that inspires confidence in others.

As a process, Authentic Leadership is a lifetime’s endeavour that requires a continuous calibration and recalibration of one’s purpose and values, building self-awareness and constant learning.

It’s a discipline that is hard to embrace, but when it’s embodied by a leader, it’s easy to engage with.

Mehul Joshi is a former award-winning BBC journalist and is now a sought-after consultant and executive coach in leadership development and employee engagement, with a career spanning three decades and four continents. He is a regular contributor on the subject of leadership for publications such as the Australian Financial Review. 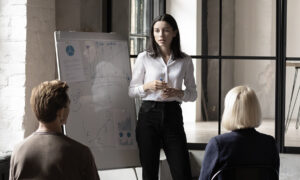 Coaching is a powerful mechanism for lifting engagement, retention and wellbeing. Here’s how to make it work for your organisation. 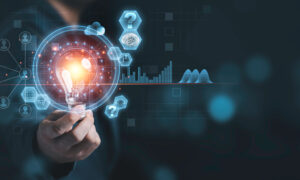 Why Great Leaders Focus on the Fundamentals During Change

In understanding the neurological basis of our responses to threat during uncertainty, leaders can employ these two strategies to facilitate team effectiveness and wellbeing. 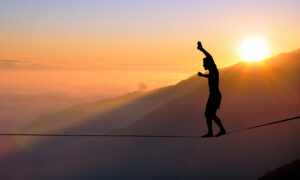 Three Leadership Pitfalls to Avoid during a Talent Crisis

Many Australian companies are struggling to fill critical roles. Leaders need to respond rather than react to the challenge.

to stay up to date with the latest from SMG.