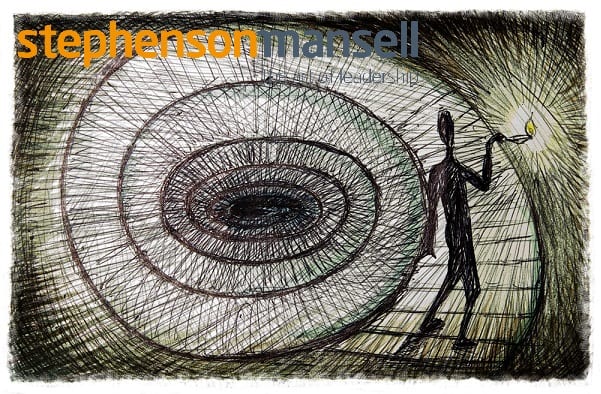 It is surprising how many people at senior levels of organisations lack self-awareness, yet that critical knowledge is one of the key planks of effective leadership. Viewing themselves as a success and not seeing the need to change anything can be a costly mistake.

Management theorist and social ecologist Peter Drucker said that people must understand themselves before they manage others.

Yet an examination of organisations reveals plenty of executives with very low levels of self-awareness.

‘I’m a success, why should I change?’

It is common for talented people to believe they can become managers without having to undertake any introspection.

However, that self-reflection would not only help them identify their own strengths and preferences (in how they like to learn and communicate), it would also help them understand how to work with and manage others.

Drucker, known as the “father of modern management”, pointed to the fact that people, in general, are pretty poor judges of themselves.

So, given that so many people are not self-aware, the only way to get a realistic idea of how you are going is to get feedback from the people around you.

This is why effective leadership development includes coaching and 360-degree feedback (getting feedback from those you work for, work with and those that report to you).

How we delude ourselves

A meta-study of more than 357,000 people finds little correlation between how people assess themselves and how they are assessed objectively by others.

The correlation was even lower when the researchers specifically focused on work-related skills, according to an article in the Harvard Business Review.

What the researchers (Erich Dierdorff and Robert Rubin) discovered was that teams suffered when team mates were less self-aware (in that they had a bigger gap between their self-perception and how they were seen by others).

The worst scenario was when teams were full of significant over-raters (people who thought they were much better than they actually were).

Just being surrounded by these people cut a team’s chances of success in half.

People who have advanced their careers through hard work and competitive behaviours have to make a switch in leadership. As the legendary US leadership coach, Marshall Goldsmith, says: “What got you here won’t get you there”.

If you are honest enough to admit you have succeeded in spite of your lack of interpersonal skills, imagine how much better you could be if you have greater self-awareness.

Stop and listen: As talk show host Larry King said: “I never learned anything while I was talking”.

About the author: Sean has more than 20 years’ experience in adult education across government, the corporate, vocational, Higher Education and not-for-profit sectors. He is an experienced Executive Coach and has attained all three levels of the Institute of Executive Coaching and Leadership program. He is a Churchill Fellow and a 2015 Fulbright scholar.

He has undertaken complex educational research projects internationally and presented at conferences and public forums in Australia and internationally. He has led the learning function in three large government organisations, managing the development of a range of industry leading and award winning capability building initiatives for individuals, teams and organisations.

Sean is the author of five books and more than 50 journal articles and presentations on adult learning and organisation development. He is a skilled communicator and an innovative, creative problem solver.

As a coach, Sean’s strengths are working with managers and leaders to build team dynamics and assist individuals realise and meet their potential.