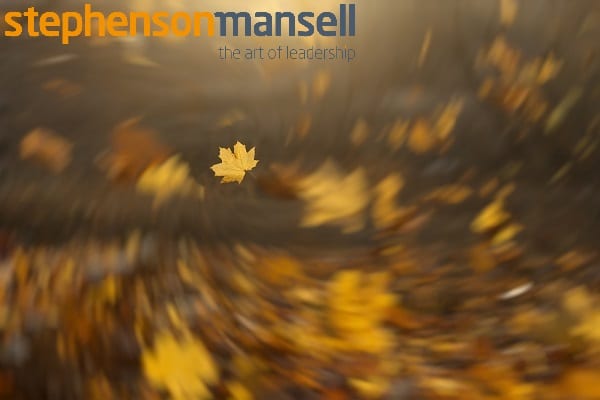 Workplace culture is a slippery concept. We can’t see it. It is difficult to name. But we sure feel it when we are working in one that is good or bad. Although culture itself might be invisible, the impacts are as concrete as the buildings we work within.

Leaders talk about a ‘bad culture’ when production time is slow, profitability is down, staff turnover rates are unsustainably high, and engagement surveys depict an unhappy workforce. But these are only the symptoms.

Often the best words we have to describe the culture itself is “the way things are done around here”. But how can you possibly change the culture and how do you know it is changing in the right direction or slipping further away from your target?

I became aware of the slipperiness of workplace culture as I watched what happened when the software company I worked for went through three different styles of ownership over 15 years.

When I started there, the company had an owner/founder family culture. That owner then sold to a UK-listed company and, then, it was bought out by venture capital.

If your goal is to shift your organisation’s culture, the challenge is to make the invisible visible, and to create a shared understanding of that vision. And that is the tricky part…culture is felt, rather than seen, and it is felt differently depending on who is doing the feeling and where they are in an organisation.

It reminds me of that old parable about the blind men and the elephant. Each one stands around describing his experience. Even though the elephant is the same, the feeling is different depending on where you are standing. 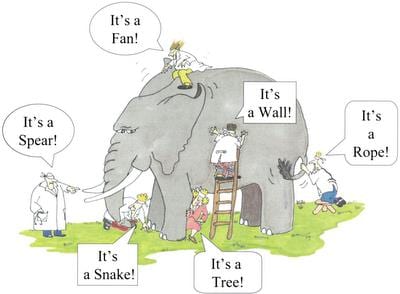 So, what can you do?

Step one: Picture it

When trying to make the invisible visible, my favourite tool as an organisational coach is to go to metaphor – as beautiful and important as language can be, it can also be limiting. Instead of describing culture in words, I ask my clients to describe it in pictures and metaphors. I might first ask a group to picture the best team or organisational culture they have ever experienced. What was that like and how does the current culture they are operating in compare to that? Then, I ask for a metaphor starting with ‘working here is like…’

And the answers are fascinating!
Participants often give answers that their workplace culture is like a factory, or like an unfinished painting, or like wading through marshmallow. This technique can lift people out of their “logical brains” to see what is happening at an emotional level.

Harvard Business School Professor of Leadership, John Kotter, says any change management effort without a sense of urgency is doomed to fail.

“When a person has a true sense of urgency, sparked by a significant opportunity, they are moved by that thought and feeling literally every day,” writes Kotter in the Harvard Business Review.

“In addition to doing their daily jobs, they proactively look for where they might be able to take action that moves them toward the opportunity. In a faster and faster moving world, this dynamic is invaluable.”

To create that sense of urgency, Stephenson Mansell Group (SMG) offers a six-hour experience, called The Organisational Workshop, which puts groups of people into a workplace scenario and creates a common experience.

Based on the work of leading US-based theorist in human systems theory, Barry Oshry, the workshop makes visible (often for the first time) the frustrations and misunderstandings that commonly occur for workers, their managers, executives, suppliers and clients.

By making those frustrations visible and creating a shared experience, you can tackle the blame, aggression, withdrawal and passive behaviours that can be so unhelpful when trying to shift a culture.

This is the time when your employees are ‘ripe’ for new learning. Development modules on change, difficult conversations, decision making, self-leadership, and team effectiveness are much more impactful at this point because the picture and the urgency are established.

It is well-known that most change management efforts fail. Change takes time and often the hardest part is in the middle, when people get fatigued and lose their sense of why they are doing it in the first place. It is the investment in the first 2 steps that often gets people through the low moments of change.

Problems occur when change managers skip this step and go right to the “doing”.

Leaders cannot be part of every conversation and so they need to ensure that people are “on message” in their behaviour and in conversation at all levels of the organisation.

SMG has a process of building “coaching circles” which develop coaching skills in leaders and create a supportive and collaborative dialogue across organisational boundaries. This enables change through conversation.

The coaching circles enable change through a structured conversational model, using real-time business challenges, combined with the shared experience and language of The Organisational Workshop and the skills built in the development modules.

This is the element of continued learning that ensures that change is embedded, reinforced and that it is regenerated at all levels of an organisation.

PS. Is there someone in your organisation that could benefit from these emails? Send them this link:
http://www.smgrp.com.au/subscribe

Janet facilitates programs for senior leaders and their teams who are serious about creating real change.