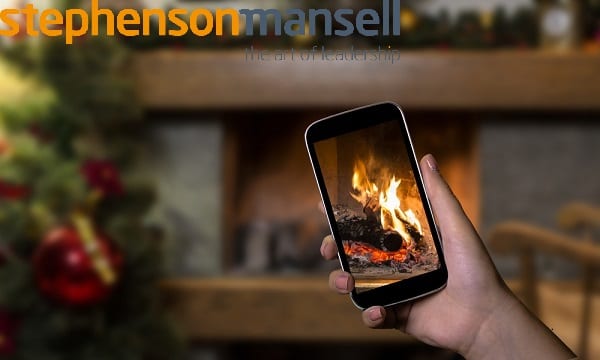 We have all heard about a disastrous text, sent in haste, or an ill-judged reply-all email, so the idea that your mobile phone is a “career ticking time bomb” is not exactly revolutionary.

We have learned to be careful about these traps. However, the biggest trap of all could be the one we are not even aware of — our enthusiastic embrace of being always-connected.

We know that when our mobile phones distract us on the roads, we crash. When we email, rather than listen to our families, we grow apart. And, when we Facebook while getting dinner ready, the potatoes boil dry.

Then, what happens at work?

One of my clients, a man in his fifties in an interim CEO role was flabbergasted to learn that his employees rated him poorly in a 360 degree assessment because of his unhealthy attachment to his phone.

People would try to talk to him and, the whole time, his eyes would flick to the screen on his laptop or mobile. Even when he was given feedback to stop looking at it, the screen drew him like a magnet.

He was not aware but he was giving the clear signal that he did not value what they had to say and that whatever was on his phone or laptop was more important.

As you move to the next level in an organisation, your ability to influence and build trusting relationships through communication and listening to others becomes a core capability.

This man thought he was multitasking, but he was really ensuring that he was not attending to his people and focusing enough on his key stakeholder relationships which were key factors to him not being appointed CEO.

Anyway, the idea that you can multitask effectively has been comprehensively disproved. Research at Stanford University has found that people who frequently multitask between electronic inputs (emails, texts and television) find it harder to filter out irrelevant information than those who don’t regularly multitask. The ability to move with agility from one task to another with mindfulness and presence works much more effectively.

This failure to be able to filter effectively slows them down and makes them less productive. It is more effective to move with agility from one task to another with mindfulness and presence.

They cannot dissect issues and get to the bottom of complex problems, if they are distracted. You have to focus on one thing at a time.

In another study, this time on the effect of smart phones on the quality of conversations, Virginia Tech psychologist Shalini Misra and her team find that even just having your mobile phone on a cafe table will make partners less willing to disclose deep feelings and be less understanding of each other, according to a recent article in Psychology Today.

“Misra argues that smartphones fragment human consciousness. The lower quality of conversation in the presence of smartphones and the diminished empathy come about through our habitual use of the devices,” according to the article.

“They come to embody distant relationships and networks — social nuclei, Misra calls them — and, acting as environmental cues, they make other relationships and interests more salient than those directly in front of us.”

A large component of what I do is working with people on how to build more effective relationships based on trust and these are a few steps you can take to guard against smartphone career sabotage:

About the author: Joanne Lum has been an Executive Coach and Facilitator at the Stephenson Mansell Group since 2005. Her background as a Clinical Psychotherapist, together with her understanding of what it is to be an effective leader and manager of people – gathered from more than 15 years in the corporate sector – makes Joanne well placed to assist individuals and groups in developing their interpersonal and leadership skills and competencies.