In the wake of the Financial Services Royal Commission, the industry has found itself in some turbulent waters. As the Commission ploughs through the maelstrom of mismanagement and misconduct, the banking and financial services sector is awash with reputational damage.

For many observes, it makes for an eye-opening and attention-grabbing spectacle. But there’s one cohort of individuals who are looking on with particular foreboding – the senior leaders who may be called on to present to the Commission.

I know, because I worked with one of them.

This particular individual, who was to present in the first few weeks of hearings, wanted help to come across as open, honest and authentic under the blow-torch of questioning and public scrutiny.

Even though he had nothing to hide, he was painfully aware that in the unforgiving environment of the commission hearings, perception is reality: he knew there would be a high reputational price to pay if he came across as ambiguous or evasive.

If the idea of being coached to speak authentically sounds like a contradiction in terms let me introduce you to the “Amygdala Hijack”.

This autonomic physiological mechanism evolved in humans thousands of years ago to protect us in moments of extreme danger. When under attack, the amygdala triggers the release of hormones which divert blood from the thinking brain to the major muscles groups readying us for a fight, flight, or freeze response.

Fast forward to 2018 and replace a pitched-battle-with-spears with having to give evidence at the Royal Commission. As far as the amygdala is concerned, there’s no difference. And in the heat of the battle, when the thinking brain has been completely bypassed by human biology it is difficult to think straight, and appear authentic.

I saw this phenomenon – of experienced leaders caving under pressure – first hand when I worked as a BBC News reporter. Before the camera was rolling, I would tell my interviewee the question I was about to ask them. They would tell me how they would respond. Great. It was the perfect soundbite. Then, we went live and suddenly this person would be a “deer in headlights” and give a less than coherent response.

Exactly the same thing happens when even world-class leaders are in high-pressure environments. They know exactly what they want to say, but in the glare of the spotlight, and in the moment of truth, a red mist descends and a career-limiting double-whammy takes place: 1. The speaker fails to be as clear and coherent as they want and, 2. They unintentionally appear evasive to the questioner, prompting the questioner to be more aggressive and unforgiving in their approach. 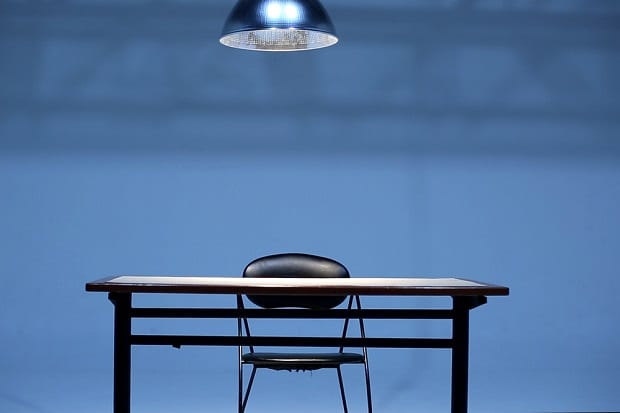 High pressure scenarios aren’t just banking CEO’s presenting to the Royal Commission, or social media CEOs presenting to Senate hearings. As far as the amygdala is concerned, it could be a results presentation to the Board, or even rolling out new compliance regulations to your team.

That’s why every leader needs to continually develop the communication skills that are required to present to a ‘Royal Commission’. The skills I’m referring to are not so much knowing what to say—that’s a given—but knowing how to manage your state in any high-stakes environment so that what you’re saying is crystal clear, and true to yourself.

And here’s the important point: managing your state in a high-pressure situation requires disciplined practice. If you wait until you’ve been called to a  ‘Royal Commission’ to start practicing these disciplines, chances are, you’ve left it too late.

Whether you’re likely to be giving evidence to a Royal Commissioner or simply convincing the Board that you are on track with your strategy, here are three tips to build self-awareness and manage your state in any high-stakes environment.

It’s the job of a Royal Commission or a Senate Committee to relentlessly probe for the truth. The questioner’s role is to attack any discrepancies or ambiguities in what’s being presented. In other words what’s being interrogated is the information being given by the presenter, not the presenter. It’s important you understand and practice making this important distinction before going live in the pressure cooker environment of a public hearing or high-stakes meeting. If you start to believe you are being personally attacked (regardless of whether it is true or not), it will trigger the fight-flight-freeze response. Once it’s triggered, it becomes hugely difficult to manage your state. That leads to the second tip:

You need to have ‘hip-pocket’ mental and physical strategies that short-circuit the Amygdala Hijack. However, which strategy you practice and use in the heat of the moment will depend on how you typically respond under pressure. For example, when you feel like you’re being attacked, do you typically respond with aggression, or withdraw into your shell? The mental strategy to stay present needs to draw strength from your natural tendencies.

There’s a big difference between knowing a strategy for managing your state and being able to trigger it in the heat of battle. For example, one of the simplest and most powerful strategies for managing one’s state is focused and steady breathing. A steady breath is one of the first things to go when you’re under pressure. We unconsciously hold our breath as a ‘freeze’ response kicks in, and the result is that the neo-cortex, the thinking part of the brain, gets starved of oxygenated blood, and we literally can’t think straight. The point is that remembering to breathe is easier said than done. It has to be practiced—as do all the internal strategies to manage our state. 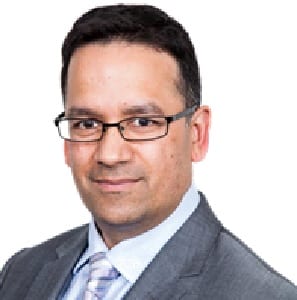 Mehul is a prolific business writer with published material such as the global white papers, the Mindset of the Millennial, The CX Factor, and Decoding the DNA of Sales Leadership.

Mehul began his career with the BBC in London and, after nearly a decade in the field as an award-winning broadcast journalist, he transferred his communication skills to a global learning and development organisation in New York, becoming a member of the executive leadership team.

Mehul is a facilitator, coach and trainer, having implemented successful interventions for a wide range of clients in the United States, Europe, Asia, and Australia, including ANZ Bank, CBA, JP Morgan, Telstra, and the Australian Olympic team.